The official Podcast for the legendary pinup magazine Retro Lovely by publisher Michael Bann. Follow for ongoing episodes about the magazine, photography, interviews and a whole lot more. Find us everywhere as Retro Lovely and Retro Lovely Magazine and of course at retrolovely.com Kelvis was the first ever model to score a special model edition of Retro Lovely. She is the only one to have done so when our issues were printed in the thousands. Kelvis has grown from a model, to a shoot-event planner to a full fledged photographer with several covers to her credit.

She is a wealth of information and inspiration. This is a must listen for those who are serious about marketing their pinup art. While this podcast is a valuable resource for those planning for their 2024 calendars and products, much of it will be useful to those readying their 2023 merchandise. A commercial photographer based in New York City, Kent Miller specializes in people, products and spaces. He is passionate about the beauty in all things and is determined to capture the essence of it in his subject.

Kent discovered photography in the late ‘80s when he moved to New York, got into bands as a drummer, and started shooting the music scene. He soon sold some images and began freelancing, catapulting him in a new direction, and immersing him in an experimental journey in pursuit of his art. As the medium continues to rapidly evolve, Kent is more passionate than ever about learning innovative ways to deliver high quality creative results to his clients.

In this podcast we have a chat with photographer Kent Miller whose resume is so vast it's impossible to provide a digest version.

As a full time pro in New York City his knowledge and experiences are encyclopedic.

In this chat, we actually focus on a relatively narrow number of topics as they relate to capturing work for print, and clients.

Clocking in at over TWO HOURS this may be one of those chats you put on in the background as you're working or driving on longer trip.

Join the conversation at https://strikeapose.club/

And watch him shoot one of the last rolls of Kodachrome film ever to be processed on this CBS NEWS Sunday Morning program:

The Mauch Chunk Vampires are podcast host Michael Bann, podcast guest Kent Miller along with Cori Dials Mattice (not present on this demo)

Check them out at mcvamps.com This podcast is more of a chat than our interviews.

With the recent launch of our strikeapose.club model-photographer social network and our moving our Model Marketing group from Facebook to its forever home there, we began thinking about what additional resources we could pull together for those models and artists we work with. With our 2023 Calendar Production season in full swing we had an instant thought about some individuals who have done great things with calendars and KNEW we had to have a chat. Ask them for details and insights. And so we reached out to someone who did just that. As the mastermind of the Cori Dials Presents Horror Pinup Calendars that represented THOUSANDS of calendars printed and sold, we knew we'd have an epic podcast.

This is a MUST LISTEN for models merchandising themselves. What's more, there are some golden nuggets for artists in general.

Again it's long but totally worth it.

Cori Dials Mattice has a resume that is lengthy. But if you want to learn more click your way into some of these links. And if you really want an immersive experience, find and stream the movie Cigarette Girl, which just so happens to star Cori. Not feature, STAR. Cori IS, cigarette girl. 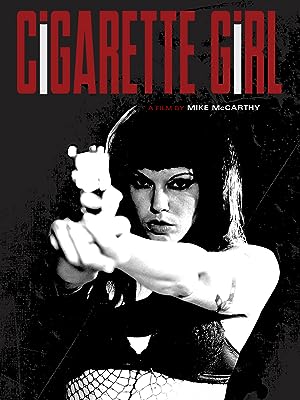 She's also 1/3 of The Mauch Chunk Vampires along with Retro Lovely Publisher Michael Bann and multi-media artist Kent Miller. You can check them out on Spotify and all major streaming services. We are very pleased to present our interview with one of our most recent Special Model Edition models, Luna x Mars.

We chat with Luna about her pinup journey, her special model edition AND her Starring Role in the Kevin Smith film Clerks III.

OK OK we embellished there, she was in the move as an extra with her name listed in the credits, but she's a bonafide movie star in our book.

Luna talks about having met Kevin and how wonderful and supportive he was.

Contact Luna for a signed copy of her Special Model Edition issue: http://www.lunaxmars.com/

In the spring of 2021, Retro Lovely Publisher Michael Bann conducted a phone interview with the legendary musician Tommy James. Best known from Tommy James and the Shondells, Tommy boasts an incredible catalog of hits that dominated radio in the 60s and early 70s. Who hasn't heard I Think We're Alone Now, Mony Mony, Crystal Blue Persuasion, or Crimson and Clover? Few people knew during that era that Tommy's label, Roulette, was run by Morris Levy, the notorious "Godfather" of the music business with ties to the Genovese crime family. It's a fascinating tale vividly portrayed in Tommy's book "Me, the Mob, and the Music." Think we're exaggerating? Well, it's becoming a major motion picture with several legendary names attached to the production.

Pop music star Tommy James and film producer Barbara DeFina are developing the biopic “Me, the Mob and the Music,” based on James’ autobiography.

DeFina, whose credits include Martin Scorsese’s “Casino” and “GoodFellas,” and James have tapped three-time Tony Award winner Kathleen Marshall to helm the film adaptation from a screenplay by Matthew Stone (“Intolerable Cruelty”).

James was the leader of Tommy James and the Shondells with No. 1 singles for “Hanky Panky” and “Crimson and Clover” along with a dozen other Top 40 hits, including “I Think We’re Alone Now”, “Mirage”, “Mony Mony”, “Sweet Cherry Wine”, and “Crystal Blue Persuasion.” He has sold an estimated 100 million records.

The book, co-written with Martin Fitzpatrick and published in 2011, centers on James’ years at Roulette Records and his complex and sometimes terrifying relationship with mobster Morris Levy, also known as the “Godfather of the Music Business.” Levy operated through payola and strong-arm tactics. Levy was convicted of extortion in 1990 and died after losing an appeal shortly before he was due to report to prison.

This interview focuses on this, and you'll come away with a deeper appreciation of this artist.

Get a signed copy of Me, the Mob, and the Music here: https://www.tommyjames.com/tommy-james-store.php?thisPage=202#content

In this podcast we speak to Lilith Cash our newest Special Model Edition model.

We chat with Lilith about her new special edition as well as touching upon Ohio, Brazil, Comic Cons and more!

These special editions are our greatest achievement in that we produce them for the models who earn every single penny from the sales.

PLEASE HELP US continue this and purchase a signed copy of your very own. There are virtually NO opportunities for models to recuperate the money they invest on their portfolios and this series is milestone with what we've been able to do. Music by The Mauch Chunk Vampires, performed and recorded by Michael Bann, all copyrights reserved.

How cool is this? ONE YEAR AGO we had a chat with Miss Jenna Purrs talking to her about her Special Model Edition.

Since then she's become one of our spokesmodels and has been a valued member of our team.

This conversation is nearly ONE AND A HALF HOURS in duration!

This is also an EXCEPTIONAL podcast to listen to for those models who wish to follow in the footsteps of those we work with on our special projects. As Miss Jenna Purrs has also become a published photographer with us, this chat unexpectedly went into a lot of topics that even PHOTOGRAPHERS should listen to for tips.

It is well worth the time for the information models and photographers alike can pick up. In this podcast we speak to Laina Louise our newest Special Model Edition models.

We are so happy to add to our ongoing Special Model Edition series and recently took some time to chat with Laina about her journey thus far. In this podcast, we speak to Miss Jenna Beth OG Pinup Model, Burlesque Performer, and one of our newest Special Model Edition models.

Listen in to learn about Jenna's unintentional path to pinup and burlesque, goals vs. agendas, and a whole lot more.

Please if you can, pick up a copy of Jenna's Special Edition.
She keeps every penny of the proceeds and while it helps it will be a small dent against the time and money she's put into the art. This interview was conducted on December 14, 2021.

In this podcast we speak to Miss Aurora Cailín one of our newest Special Model Edition models.

This podcast may seem really strange when you first start listening to it. As Retro Lovely Publisher Michael Bann and Aurora first began their call and were testing the connection and recording levels they hit the ground running and TWELVE MINUTES passed before Michael realized they should really formally start the interview. It was comical enough that they decided to leave it alone as it showcases just how unscripted these chats are.

Listen to learn more about Aurora, her journey, Samba dancing, Modeling, Linguistic Archaeology, Accents and so much more. This interview was conducted on November 26, 2021.

Get this podcast on your phone!

Play this podcast on Podbean App